Birds of a Feather… Ventriloquism is one of those skill sets that becomes better with time, but also gets better with proper feedback from other ventriloquists. Study masters in the field and mimic their actions and techniques until you develop a style of you own. Find a Mentor In certain ways, puppetry and ventriloquism is dying out. Less and less people are showing interest in this skill. Most of the veterans in this art would love to pass on their techniques to the next ge

Don’t jump the gun If you haven’t read the previous blog introducing ventriloquism, click here to read it first. Consider it mandatory homework before learning the cheats. To learn these techniques without having a grasp of the basics will lead to sloppy ventriloquism. Now for the cheats Even though learning the techniques will make you an expert ventriloquist, there are some cheats that you can do to accomplish a good ventriloquist act. The visual perception of the audience

What is Ventriloquism? Ventriloquism is a finely crafted art that has been mastered by a select few. The techniques of distorting one’s voice to make it seem as though it is coming from another source; in this case a puppet. Like magic, these techniques were guarded and passed down throughout the centuries. It has been used as a form of entertainment for years, and has its origins dating back to as early as the sixth century, back when many thought it to be a form of witchcra 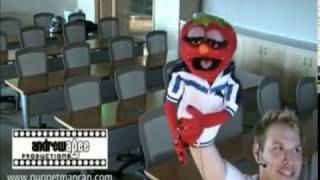 Make Your Arms Live Rod arms are the bare-knuckle precursors to animatronics manipulation. They have to be one of the most useful tools in a puppeteer’s arsenal when trying to make a puppet seem more realistic. The arm rod allows for the puppeteer to easily move the arms of a puppet even while the puppet is talking. This is definitely one of those things where practice makes perfect. You will need to practice your technique frequently to be able to use puppet arm rods. Two R